From Philadelphia, PA, Joe Finley has had a lifelong passion for music. He has been writing songs most of his life and received his first songwriters award in 2006 for a song that he had written titled, "Keep on Dreamin.".  Joe is a multi-award winning performer who received "National Showcase Artist of the Year" honors in 2009 by the Los Angeles Music Awards. Joe's work was again recognized as his record, "Relevant" received "Breakthrough Album of the Year" in 2010.  Joe Finley has had nine independent albums to date and is currently finishing number ten with The Swansons new release, "Country This."

Angie Finley moved from a small Chicago Illinois suburb, ‘Channahon’ to Southern California in search of a dream. Angie had just graduated from the University of St. Francis in Joliet IL, where she majored in Mass Communications with a focus in broadcasting and video production. She had gained a lot of experience in school that could potentially apply to many aspects of the entertainment industry. Angie worked in front of and behind the movie camera and worked as the director of a small film for her graduation final. She also had a cameo in that same film giving her perspective from both sides of the camera lens. From 2005 to 2007 Angie worked as Entertainment Anchor on "Exploring Joliet." This was a very comfortable position for Angie and seemed to be a point of interest that she would eventually pursue. After finding limited success in Los Angeles, Angie put her dreams temporarily on hold and took advantage of other opportunities that had presented themselves outside of the entertainment industry.

In 2012 Joe and Angie met and fell in love. Joe Finley was in the recording studio working on a rather painful project that he later titled, "Writing Through the Pain." Joe was using this time in his life to try and heal as he expressed his feelings and emotions through songwriting following the tragic death of his wife Laura.

Angie began driving Joe to the studio and would soon be asked to accompany him on a song that he had written about their dating experience titled, "Beautiful Mess."  Joe had sensed something very special happening and asked Angie to team up with him to begin a new musical journey. It didn't take too much persuading to kick Angie's dream back in to gear. She was ALL-IN!  They had just begun recording their first self-titled album together and the Swansons were born. 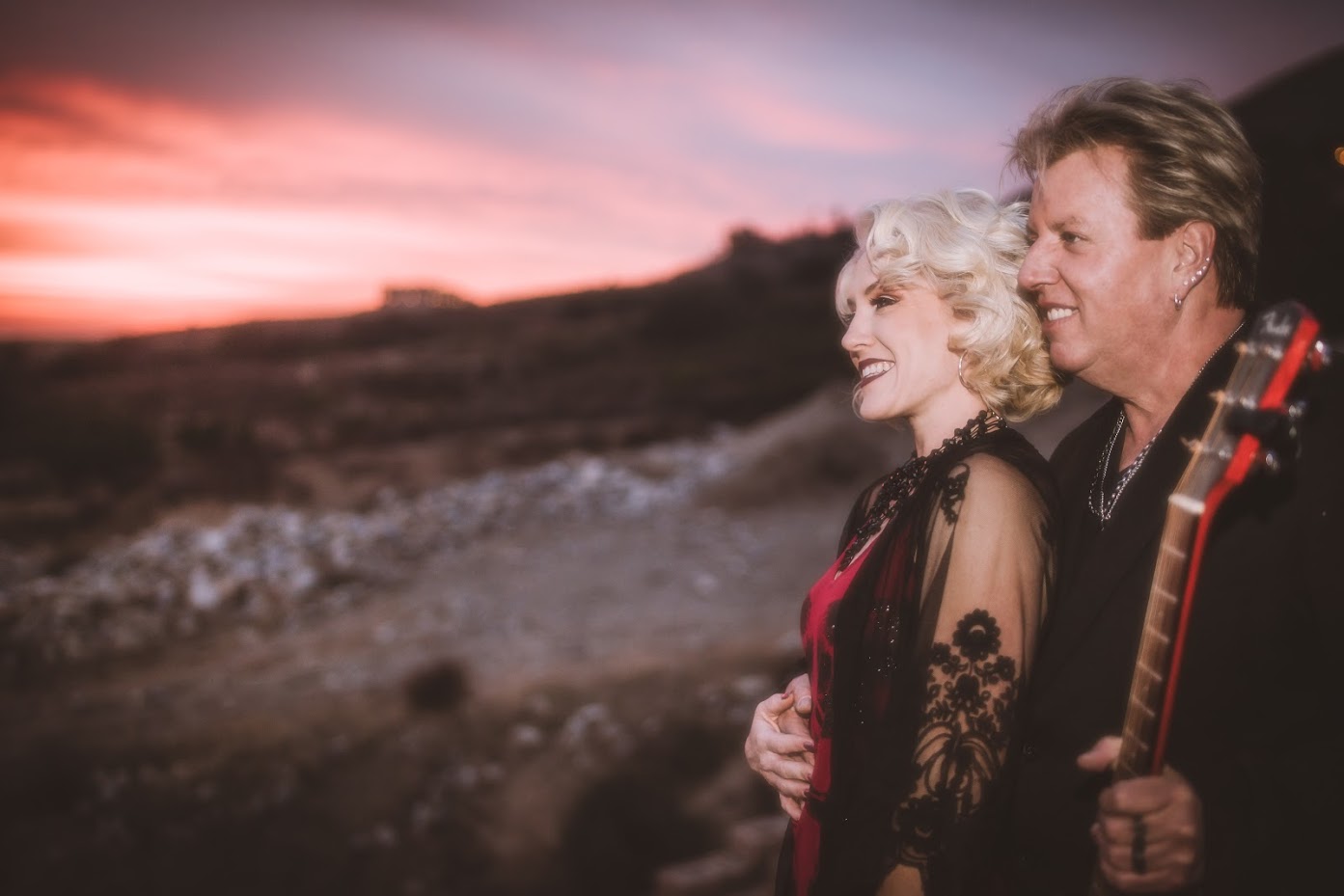 With their first album complete, The Swansons took their show on the road. They began performing in Los Angeles and Hollywood and won the favor of several promoters. In the process the Swansons found a solid line-up for their live shows and have formed a bond that is easily recognizable just as soon as they hit the stage. The players are highly skilled and experienced, and all have had past experiences with the bands cofounder, Joe Finley. Longtime friend Super Dave Fuentes plays bass guitar for the band. Daniel (The Duke) Alexander plays keyboards and Danny Alfaro plays drums.

The Swansons have had the great fortune to open for many national acts some of which are legends. From Wayne Newton to Berlin to Missing Persons to Tommy Tutone & the list goes on. The Swansons have shared the stage with the Legendary Latino Rock band Malo as well as Regge Superstar Pato Banton. They have been able to unite audiences of nearly every genre and are now heading to Nashville Tennessee to pursue their dream in country music.

By the grace of God, The Swansons have been teamed up with country record producer Bill Watson. They began a recording project together a year ago and are now on the heals of releasing The Swansons first country album, "Country This." Bill Watson has miraculously assembled one of the most talented groups of Nashville artists to support this record. Grammy award winning guitarist, Brent Mason along with CMA award winning fiddle, mandolin and guitar player, Jenee Fleenor are two of the featured musicians on The Swansons new record. Jim Riley of Rascal Flatts fame is on drums and percussion. Producer Bill Watson is playing bass and guitar and is joined by Michael Douchette on steel pedal and

harp. Michael has many musical credits including touring with ZZ Top. On piano and accordion is the amazing Steve King who has toured with Kieth Urban and is considered to be one of the best in the business at what he does. Aaron McDaris played banjo and Jim and Jaime Riley sang background vocals throughout. With Joe and Angie Finley on lead vocals this is one powerfully talented ensemble. Joe and Angie have already had the pleasure of performing twice in 2017 with this band in Nashville and have plans to return for several more live performances in 2018 with the same lineup.

The stage is set, and the journey is in full motion. The Swansons look forward to sharing their experience with their fans who they lovingly refer to as SwanFans. The idea is born from the ugly duckling becoming a beautiful Swan. The thought that we can all become something beautiful and that we possess that beauty from the inside out. It is a belief in God and an optimistic hope that remains eternal regardless of your circumstances. To be a SwanFan means that you are truly authentic. That you are the real deal and that you matter just as much as any other person on earth. It is the idea that all lives matter and that all things matter and that we all matter together. The Swansons Music is intended to unite people and to spread love, peace and happiness. The Swansons Music stands for something more than the music and that something is you SwanFans!!!